All Speed & Smarts webinars are taught by David Dellenbaugh. Dave has been racing sailboats, coaching and leading seminars for many years. He especially enjoys tactics, strategy and rules, and brings an easy-to- follow analytical approach to his teaching.

David Dellenbaugh is the publisher, editor and author of Speed & Smarts, the racing newsletter. He was the tactician and starting helmsman on America3 during her successful defense of the America's Cup in 1992 and sailed as tactician in three other America's Cup campaigns from 1986 to 2007. David is also a Lightning world champion, two-time Congressional Cup winner, seven-time Thistle national champion, two-time winner of the Canada's Cup, three-time Prince of Wales U.S. match racing champion and past winner of the U.S. Team Racing Championship for the Hinman Trophy.

Dellenbaugh wrote and narrated the Learn The Racing Rules online training course. When he was director of marketing for North Sails, David helped write the North U. Fast, Smart and One-Design courses. He is currently a member of the US Sailing Racing Rules Committee (and was its chairman from 2005-2008). David was a coach for the 2012 US Olympic Sailing Team in England. In 2016 he was the team’s tactical coach and served as rules adviser during the 2016 Olympic and Paralympic Games in Brazil. This email address is being protected from spambots. You need JavaScript enabled to view it.. 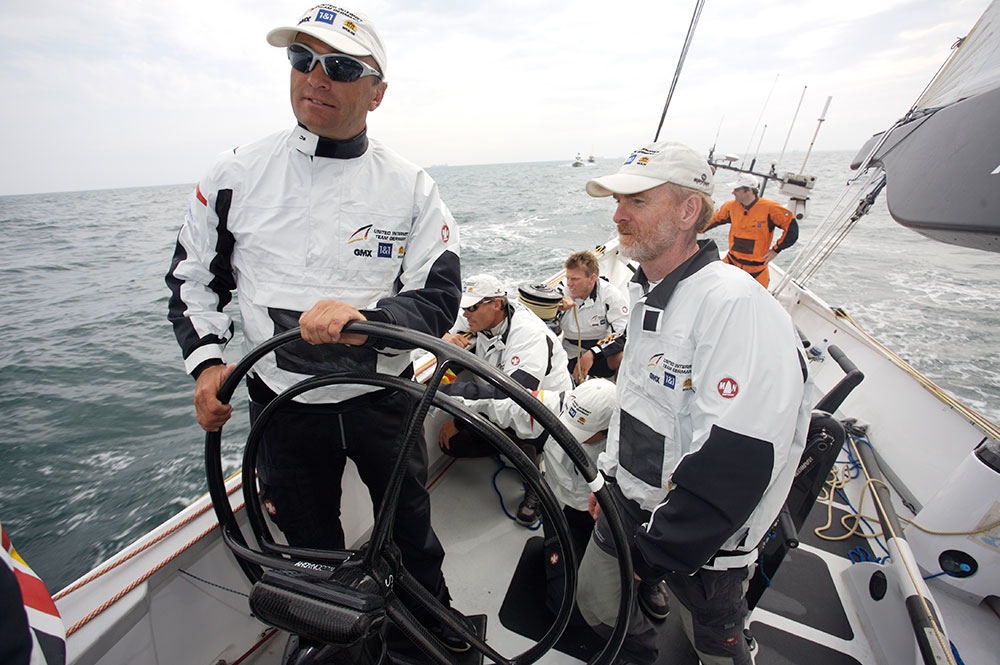 David as tactician during the 2007 America’s Cup in Spain.